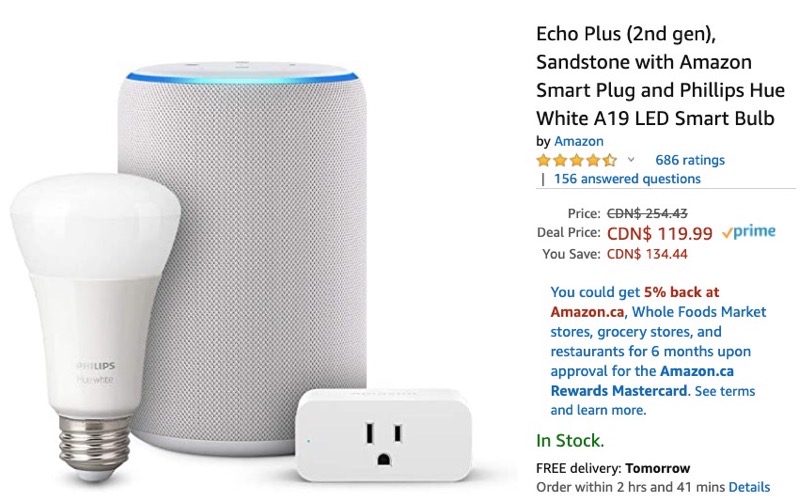 The Echo Plus has a built-in Zigbee hub to control your compatible smart home devices. The Smart Plug ($35 on its own) turns any outlet into an Alexa-powered outlet for voice control. The Philips Hue smart bulb ($20 on its own) can also be controlled by Alexa, allowing you to turn it on and off with your voice.

Click here to jump on this Echo Plus bundle while it’s still available on Amazon.ca.