Amazon launched their Fire tablets in Canada in early December, and less than two later we’re seeing a limited time sale on the Fire 7 and Fire HD 8 tablets, saving customers 15-20% off. 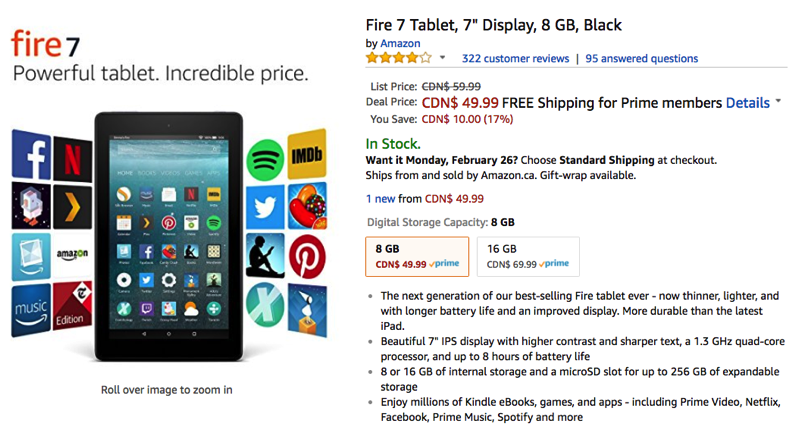 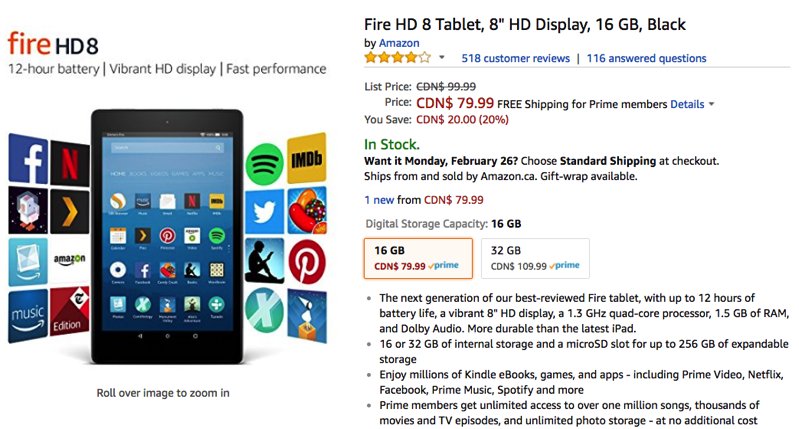 Both of these tablets run the Android operating system and in the past, Amazon has touted them as more affordable alternatives to Apple’s iPad. If you’re looking for a no-frills tablet for the kiddies, these may do the job.

Click here to check out Amazon’s sale on their Fire tablets, while the savings are still available.