Amazon announced this morning Prime members can get a deal on tulips at Whole Foods locations in BC and Ontario, starting May 9-15, offering a single-colour, 20-stem bunch for $12 (regular price $18), saving you six bucks. 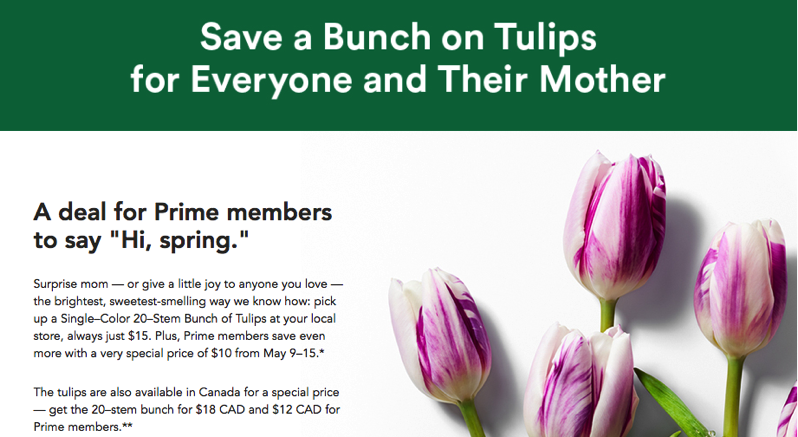 “Whole Foods Market is known for having a great selection of freshly cut flowers and pre-made floral arrangements, and our tulips are a consistent crowd pleaser,” said A.C. Gallo, President and Chief Operating Officer at Whole Foods Market, in a press release. “This is just another example of the great savings we continue to offer shoppers and Prime members in partnership with Amazon.”

Last fall, Amazon finally introduced the Whole Foods private label for groceries in Canada, while a current promo offers users a 10% off discount if they spend $35 on Amazon.ca.

PS – need a last minute gift for mom? The Kindle Paperwhite is $40 off right now at $99 on Amazon.