If you’re looking to turn your television into a streaming media player, Amazon has put their Fire TV Stick Basic Edition on sale at 20% off, saving you $10 at $39.99. 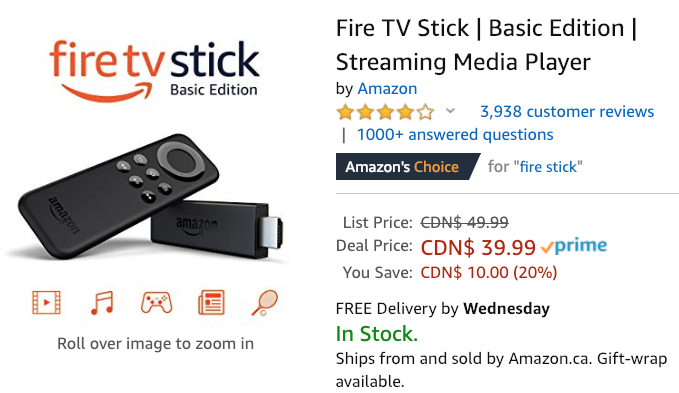 The Fire TV Stick allows you to wirelessly stream Prime Video, Netflix and “over 4,000 apps and games”, browse websites, listen to music, watch the news, plus play games. The dedicated remote lets you easily control the media player, which plugs into your TV’s HDMI port, making it easy to turn any TV into a streaming media player.

The Fire TV Stick Basic Edition streams up to 1080p HD, supports Dolby Audio and comes with a power adapter, remote (with batteries) and HDMI extender cable. For those looking for 4K, the Fire TV Stick 4K with Alexa Voice Remote is available for $69.99.

Click here to jump on the Fire TV Stick Basic Edition while it’s still on sale.