Amazon has launched a sale on their all-new Fire 8 HD tablet and their existing Fire 7.

The Fire 8 HD gained a refresh in early September, gaining a microSD memory slot, allowing users to save apps to external memory cards. The HD display comes in at 1280 x 800, to go with its quad-core processor and “all-day battery life.”

We’ve been testing the Fire 8 HD for a couple weeks and it’s a very capable tablet for viewing streaming media like Netflix and Prime Video, as the stereo speakers are excellent. Standby battery could be a bit better and the display does have a lower 189 ppi compared to Apple’s Retina standard of 326 ppi, which is noticeable. 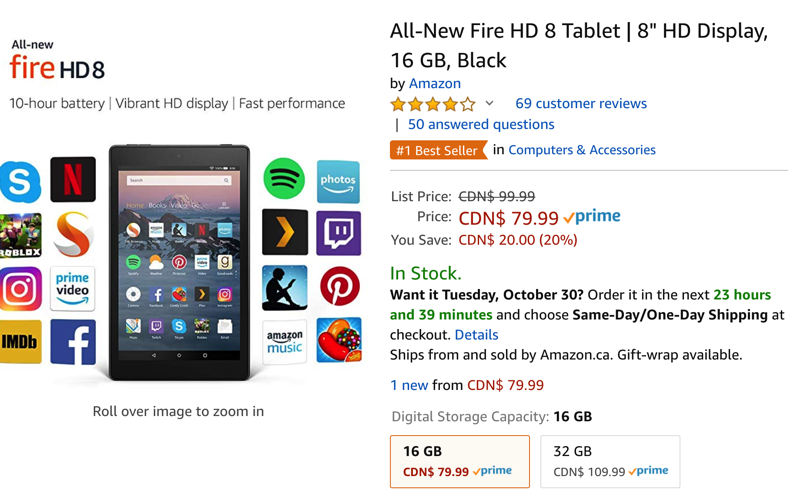 Click here to jump on the Amazon Fire 8 HD while it’s still on sale. 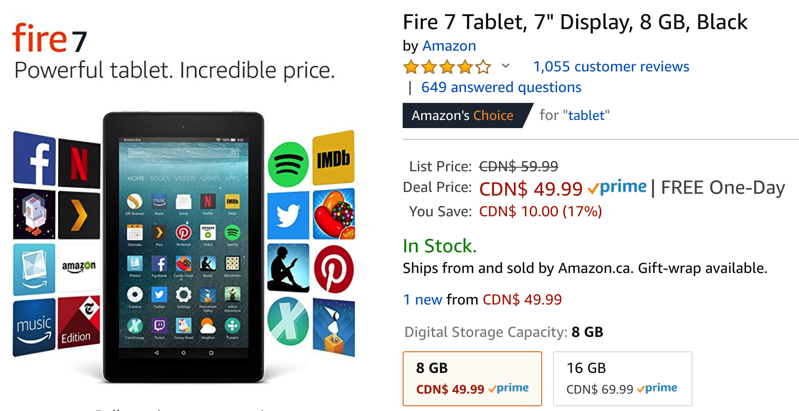 The tablet has a quad-core 1.3 GHz processor with 1GB of RAM and has up to 8 hours of battery life, to go with a mono speaker. At this discounted price, it’s in the range of impulse buy for someone looking for a no-frills tablet which can stream media and surf the web.