Amazon Deal: Ring Doorbell Slashed by 30% to $124.99 as Acquisition Completes

Amazon today announced it had completed its $1 billion acquisition of doorbell maker Ring, and by doing so, it has also reduced the price of the first-generation model by 30%, now available at $124.99, in all colours (it’s now $99.99 USD on Amazon.com), saving you $54.

The price drop is aimed at “making home security more accessible than ever to customers,” said both companies in a press release. 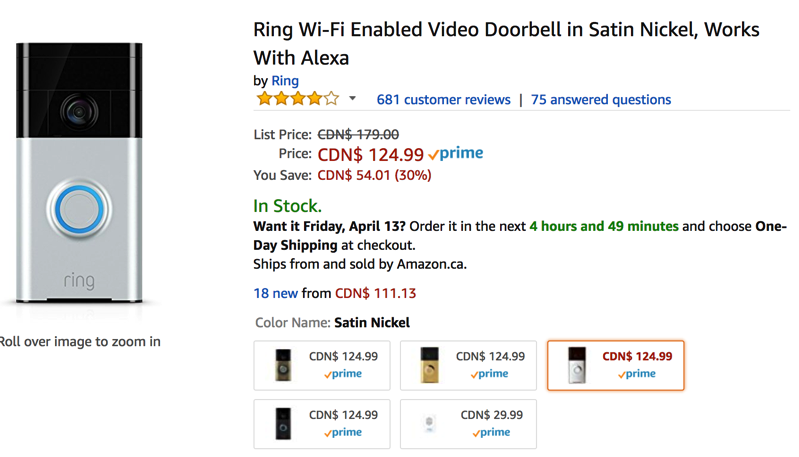 All colours are available, such as Antique/Polished Brass, Satin Nickel, Venetian Bronze and White. The doorbell has mobile access via iOS and Android, dual power options, optional cloud recording, and smart motion detection alerts, while it also works with Alexa (and not HomeKit).

Click here to jump on the Ring doorbell on Amazon.ca with its new reduced price.