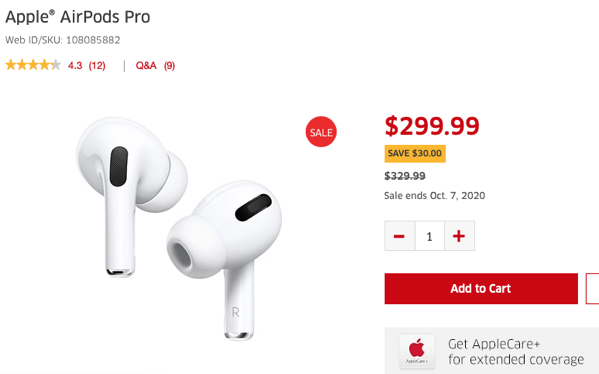 Apple recently extended its Back to School sale which includes free AirPods, but also offers a paid upgrade to AirPods Pro.

According to The Source, the sale ends on October 7, 2020. You could price match this at other retailers as well.