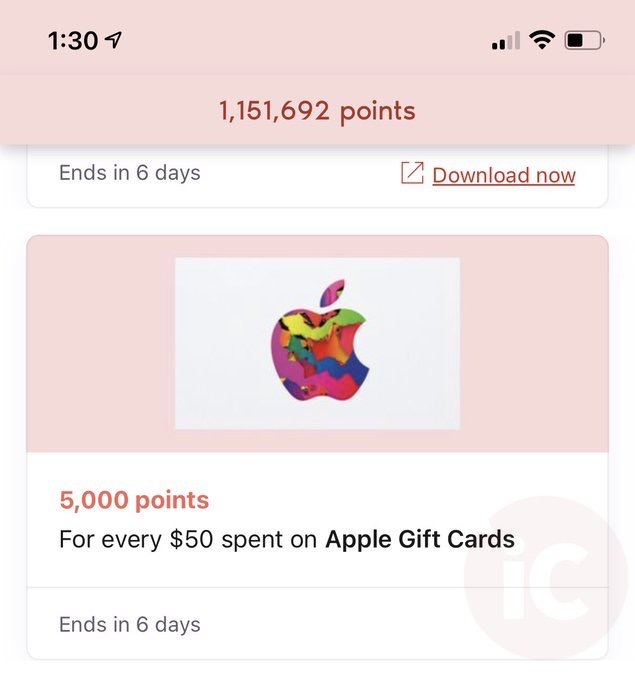 Apple recently folded its iTunes gift cards into Apple Gift cards, now allowing both cards to fund your Apple ID for digital and physical purchases from the iPhone maker.

The change meant the popular 16% off iTunes gift card sale from Costco has since disappeared, but we now might be seeing a different sale from retailers.

Loblaws and its PC Optimum points program is currently offering 5,000 points for every $50 spent on Apple Gift Cards, available to select customers, particularly those in Ontario, notes iPhone in Canada reader, Dave.

We were unable to see the offer in our PC Optimum app in British Columbia (but some people have). The app limits you to a purchase of five cards.

When you save 10,000 PC Optimum points, that’s equivalent to $10 to redeem for purchases in-store. So for $50 spent on Apple Gift Cards, you’re getting $5 back in points.

With Apple’s iPhone 13 expected to launch next month, one could theoretically spend enough for a new iPhone and get 10% back in PC Optimum points. Someone has to pay for the reported iPhone 13 price hike, right?

Let us know if you’re seeing this PC Optimum points offer in your region.