Apple Powerbeats Wireless Earphones on Sale for 30% Off, All-Time Low on Amazon 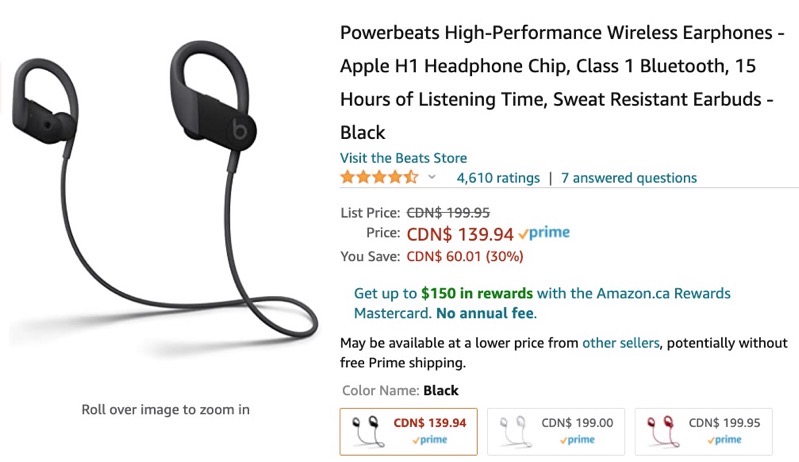 If you’re looking for a pair of wireless earphones for your workouts (New Year’s resolutions goals, what what), Apple’s Powerbeats are on sale for 30% off on Amazon.ca, saving you $60 off, an all-time low on the site.

Powerbeats are powered by the H1 chip found in second-generation AirPods, allowing for fast pairing and “Hey Siri” support, plus better power management and talk time. They are sweat and water-resistant just like Powerbeats Pro, but have longer battery life.

Currently, only Powerbeats in black are available for $139.94 on Amazon—click here to buy them while the sale is still on.