Apple Powerbeats Wireless Earphones on Sale for 50% Off at $99 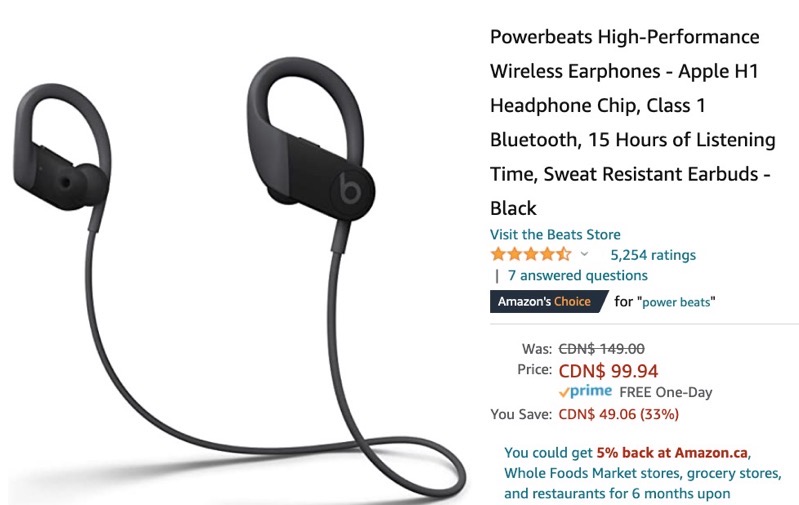 Apple Powerbeats wireless earphones are on sale on Amazon.ca right now, reaching their lowest prices ever on the site.

These wireless earphones are powered by Apple’s H1 chip, found in AirPods 2. That means you get always-on “Hey Siri”, faster pairing, better power management and talk time. These wireless headphones are made for working out, resistant to water and sweat.

Click here to buy Powerbeats on Amazon.ca while the 50% off discount is still available. They’re eligible for Prime shipping speeds so will deliver even faster than buying from Apple.