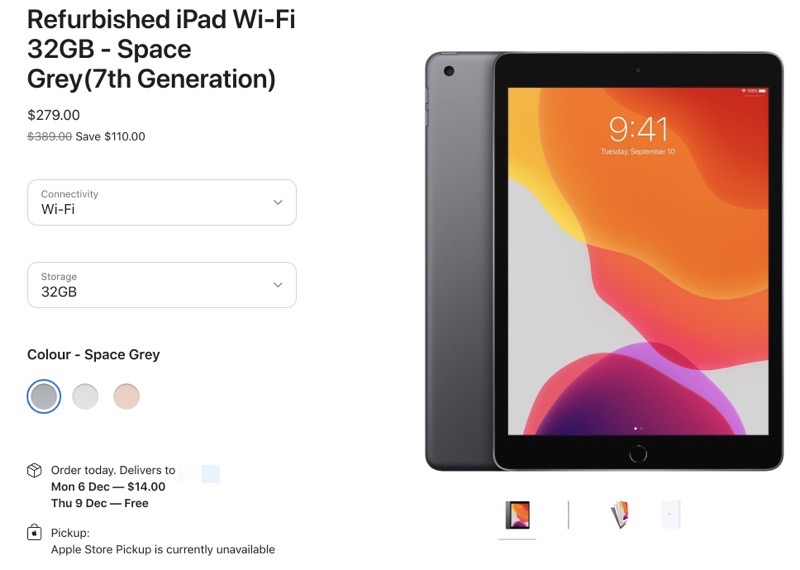 The iPad 7 comes with a slightly larger 10.2-inch screen and was released back in September 2019, powered by the A10 Fusion chip.

Refurbished iPad models come with a new outer shell and battery and standard one year warranty.

This iPad 7 was the first to get a 10.2-inch display and is two generations older than the current iPad 9 from this fall, which gains True Tone and sRGB tech for its display, plus a faster A13 Bionic chip.

Just last month Apple was selling its refurbished iPad 6 for the same price at $279, so for an iPad 7 at the same price, that’s definitely better. This will make a great iPad for kids and older adults, or even those that just need a tablet for surfing the web and streaming media.

Click here to buy the refurbished iPad 7 on Apple.ca while it’s still available.