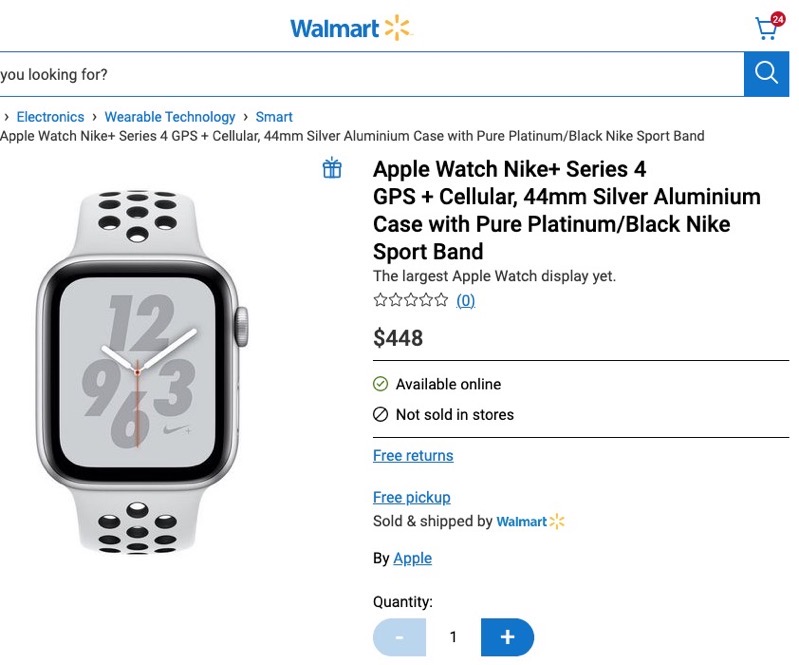 The models on sale are Nike+ models in the select styles:

The prices for these LTE-capable Apple Watch Series 4 models are as follows:

What are the major differences between a Series 4 and Series 5 Apple Watch? Both have the electrocardiogram (ECG) heart feature, but the Series 5 has an always-on display. If you’re looking for major changes, that most likely will be coming in a Series 6 Apple Watch, which could debut this year.

A cellular Apple Watch means you can leave your iPhone behind, as the wearable has its own LTE signal (you know, when you need to answer a phone call while surfing as shown in Apple’s ads). You’ll have to pay Rogers, Telus or Bell extra to support your Apple Watch on a cellular plan.

You may be able to price match this Walmart price drop at Best Buy or other retailers and get it for slightly cheaper. Apple no longer sells the Series 4, as it only offers Series 3 and Series 5 models on Apple.ca.