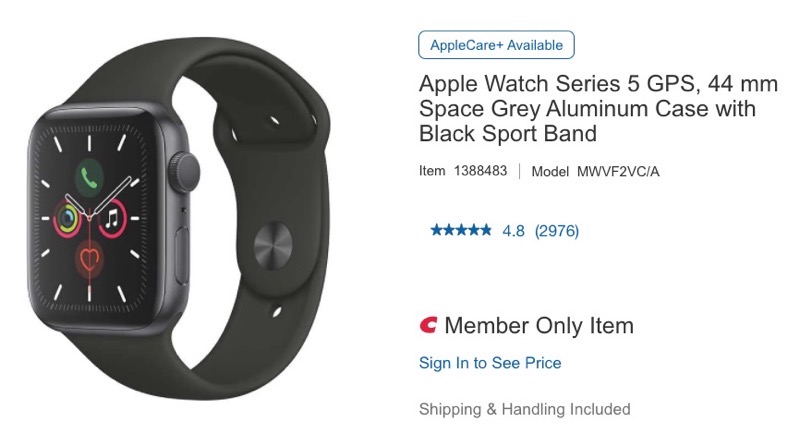 Apple Watch Series 5 models in both 40mm and 44mm have reached clearance pricing on Costco.ca. When a price ends with .97 at Costco, that means it’s on clearance, for those unaware.

Apple Watch Series 5 has the ECG app that first debuted in the Series 4, plus has an always-on display, all powered by the S5 chip. If you’ve been waiting to upgrade, this might be the time.