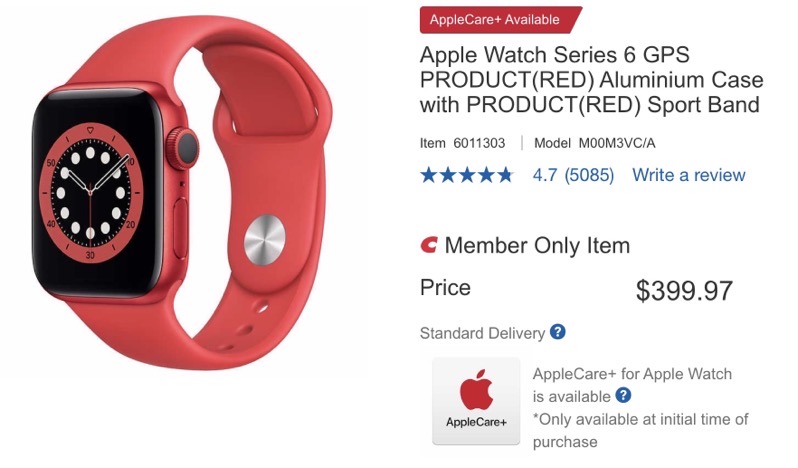 If you’re looking for an Apple Watch Series 6, it has reached clearance pricing on Costco.ca, specifically the 44mm GPS model only in PRODUCT(RED), down to $399.97.

The smaller 40mm Apple Watch Series 6 is priced higher at $448.99, oddly enough. At $399.97, this is the same price as the Apple Watch SE, which lacks features versus the Series 6. Clearly, there’s a glut of Series 6 44mm models in PRODUCT(RED) it appears at Costco.

Series 6 features the Blood Oxygen app and ECG app and an always-on Retina display. The newest Apple Watch Series 7 has slightly larger displays at 41mm and 45mm, thinner bezels, a brighter display during standby, and fast-charging support, as some of the major differences.

Buying from Costco means you get a rock-solid return policy if anything goes wrong. Costco also sells AppleCare+ online as well.

Dell Canada has a back to school promo right now offering 6 months of free Disney+, with select purchases of laptops, desktops and monitors. Disney+ costs $11.99 CAD per month so that works out to a $72 value. The freebie is available when you buy: Inspiron and G Series laptop or desktop or any S series,...
IIC Deals
3 days ago 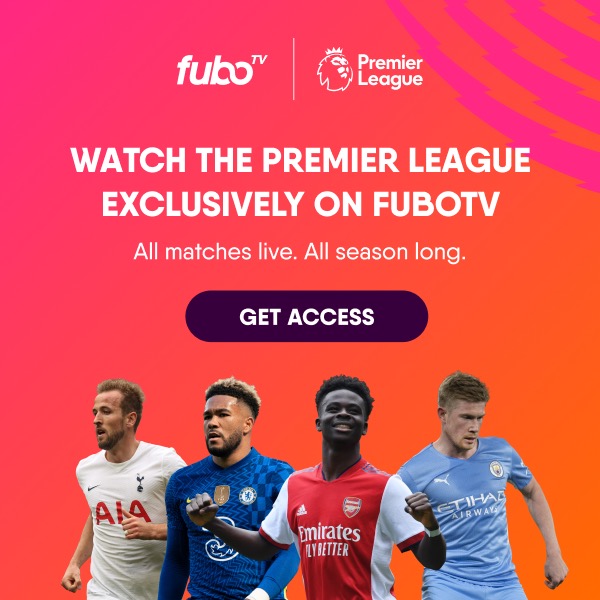 FuboTV is set to launch its exclusive Canadian streaming rights to the Premier League this weekend, as the company takes over rights previously held by DAZN. To celebrate the Premier League launch, FuboTV will have viewing parties coast-to-coast across Canada. You’ll be able to live stream Premier League, Serie A, Coppa Italia, Ligue 1 and...
IIC Deals
3 days ago

Nintendo Switch Digital Games, PlayStation Games Slashed by Up to 50% Off on Amazon