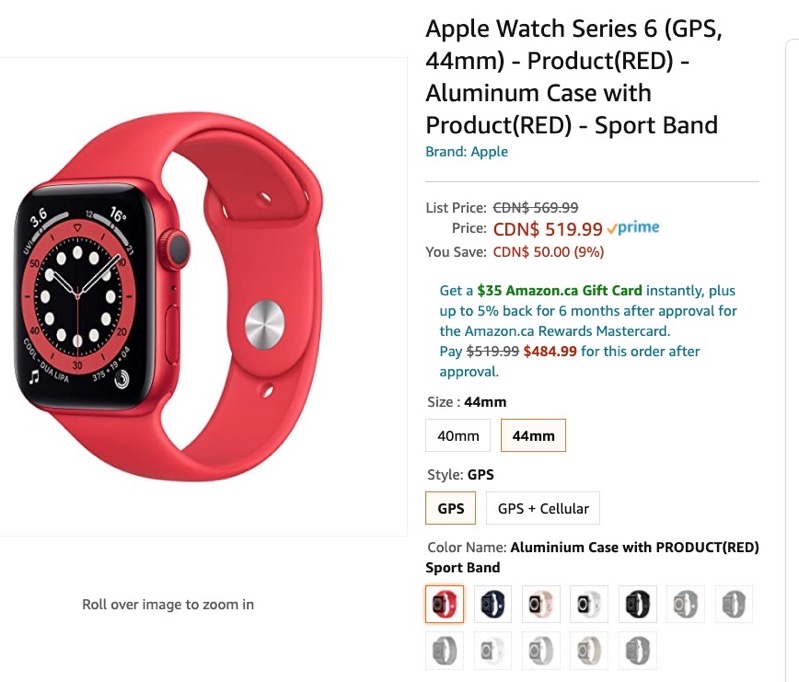 Amazon Canada has discounted the Apple Watch Series 6 GPS models by $50, saving you 9% off these devices that launched last fall.

These ship from and are sold by Amazon.ca, as part of Apple’s official store on the site.

Also on sale right now on Amazon are Apple AirPods and AirPods Pro at up to 20% off.

If you have Amazon gift cards or credit, you’ll now be able to leverage those funds on the site to buy Apple products.

Click here to buy the Apple Watch Series 6 on Amazon.ca.