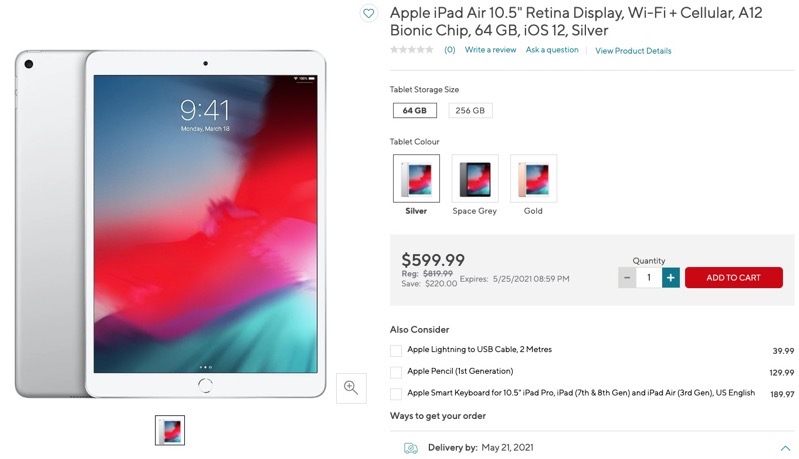 The iPad Air 3 listed is a Wi-Fi + Cellular version, which is usually more expensive than a standalone Wi-Fi model, as it allows you to connect a data plan for connectivity on the go.

If compared to the regular iPad 8th generation 32GB with cellular, the latter alone is $570 on the Apple Canada Education store online.

But with the iPad Air 3, you get a 10.5-inch Retina display that supports True Tone, P3 wide colour and is fully laminated, plus the front camera on the iPad Air 3 is a 7MP shooter versus 1.2MP on the iPad 8.

Here are the latest Canadian cellphone plan and device deals, plus other promos from wireless carriers such as Rogers, Telus and Bell, from our partner PlanHub. As always, the promos may change at the last minute, but here they are as of Wednesday, September 28, 2022. Check them out below… Bell Noticeable price changes: Get a […]
IIC Deals
11 mins ago