Beats Headphones Sale: 25% Off All Models at The Source Until March 25 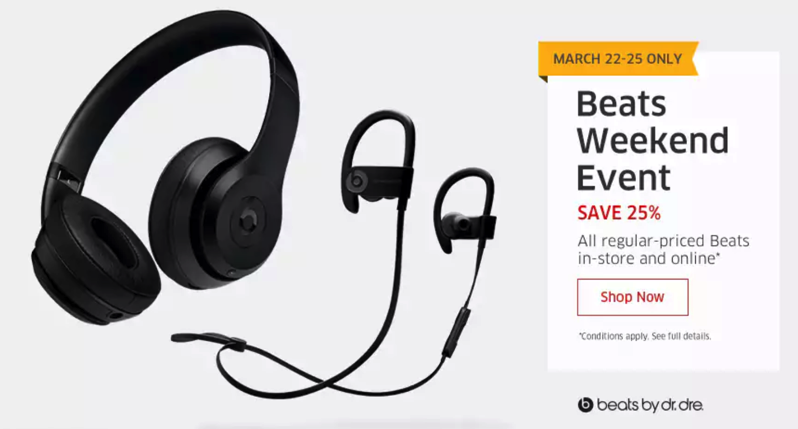 The Source has a weekend sale on all Beats headphones, offering 25% off regular prices. Here’s what’s available:

Click here to check out the weekend sale at The Source before it ends.