If you have a Goodlife Fitness membership, as part of The Source’s Partner Savings Program (PSP), you can save an additional 20% off, taking them down to $119.99, another $30 off. 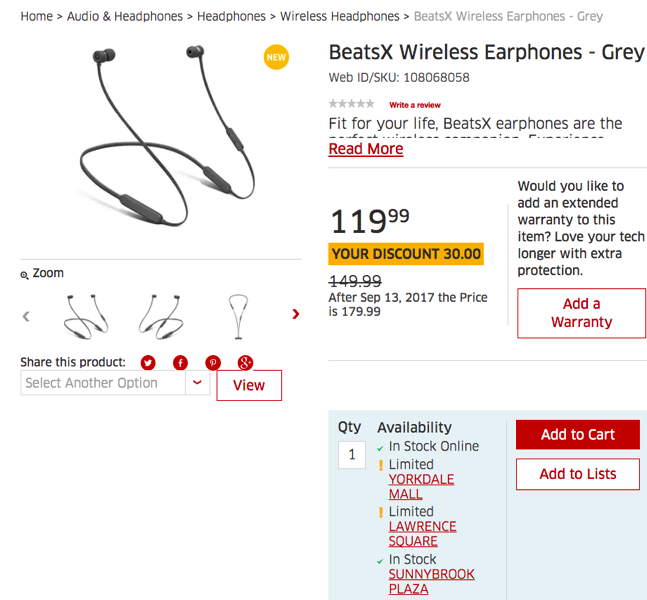 Click here to learn about the previous BeatsX wireless deal at The Source.

The offer is available both in-store and online. The sale on BeatsX Wireless ends on September 13, 2017.