Best Buy has a sale right now on Google products such as the Home Mini speaker and its Google Wifi, priced at $59.99 and $399.99 respectively. 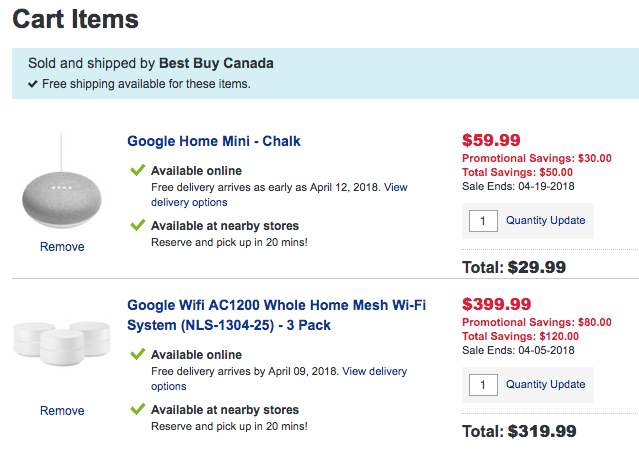 The coupon will most likely expire soon or stop working, as users on RFD are going crazy over this right now.