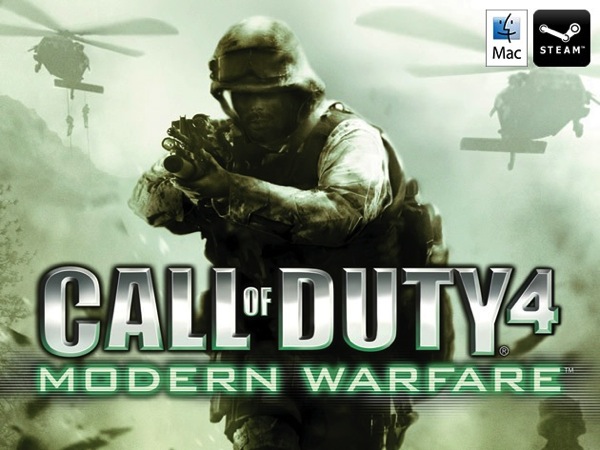 Call of Duty 4: Modern Warfare for Mac and PC is now available for 75% off in our Deals Store, for just $4.99 (normally $20), to celebrate the launch of Call of Duty: Ghosts.

Despite launching in 2007 after two years in the making, this critically acclaimed classic can be easily playable on a Mac and PC today and has sold well over 13 million copies of its console versions.

The game is one of the best action packed first person shooters ever made, and the storyline is just brilliant. Users will be able to download the game via Steam for their Mac or PC. If you’ve never played this game, here’s your chance to get the official copy for just five bucks.