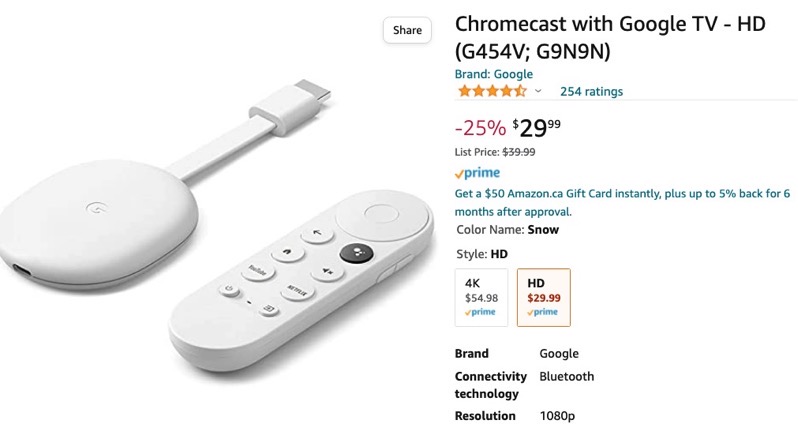 If you’ve been waiting for a Chromecast with Google TV sale, it’s available for up to 25% off right now on Amazon.ca.

Chromecast with Google TV includes a remote powered by Google Assistant, allowing you to find shows using your voice and also search by mood, genre or actor. You can also play music and get answers from Google as well.

The streaming media stick powered by Android includes access to the latest apps such as Netflix, Prime, Apple TV+, YouTube and more. You’ll be able to ‘cast’ to the stick from your Android and Google devices.

Click here to jump on the Chromecast with Google TV sale while it’s still available. Other retailers also have this sale but Amazon will ship much faster.