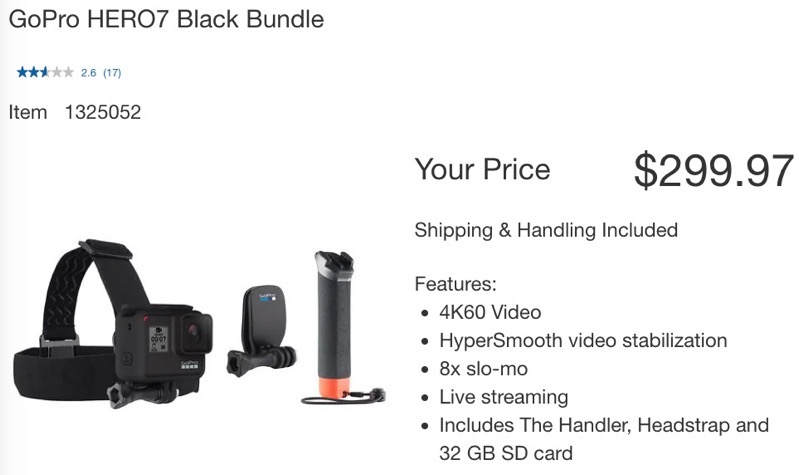 For those seeking out an action camera to film your self-isolation at home, Costco.ca is clearing out the GoPro HERO7 Black Bundle for $299.97 (prices ending in .97 mean clearance, yo).

The bundle includes accessories such as The Handler, Headstrap and a 32GB SD card. The GoPro HERO7 debuted in the fall of 2018 and offers 4K video up to 60fps, can take 12MP photos, has HyperSmooth video stabilization, 8x slo-mo and also can support live streaming. It’s also waterproof up to 10 metres without housing and has three microphones.

To put this sale price in perspective, during 2019 Black Friday, Amazon.ca was selling a standalone GoPro HERO7 for $399—and that price is without the added accessories. The GoPro HERO7 still lists for $329 on Amazon.ca as we speak.

You can also check your local Costco warehouse to see if this is available. Just call a store and ask if item number 1325052 is in stock or not.