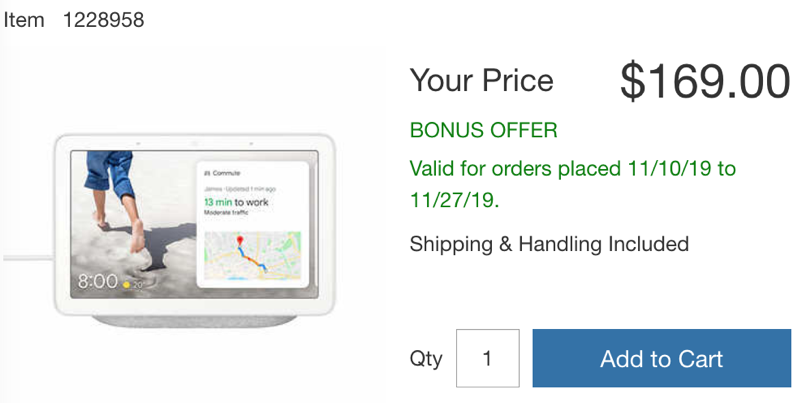 The 7-inch Google Nest Hub is a must-have for those with a Nest Hello doorbell, or avid users of Google Photos. When someone rings your Nest Hello doorbell, you’ll see the screen show who’s at the door with an option to talk or decline. You’ll also be able to see your Nest cameras and control other smart devices compatible with Google Assistant.

If you use Google Photos, the 7-inch display becomes the ultimate picture frame. We’ve been testing ours out and we love how it can show specific faces in images only.

Will prices drop ahead of Black Friday this month on the Google Nest Hub? They might, but if they do, you can always get a price check refund from Costco both online and in-store.

Amazon has launched an expanded sale on a variety of its devices, slashing the prices on Echo, Fire TV, Kindle, Blink products and more. These sales come after Amazon announced new products last week. Check out the full list of devices on sale below, which now includes Ring and Blink doorbells and cameras: Fire TV […]
IIC Deals
20 mins ago