The Dairy Queen iOS app is offering some deals for this week, which includes $1 chocolate dipped cones and more. All you have to do is download the app and register to see the deals (Sign-in with Apple can’t come soon enough for these sorts of things).

With summer around the corner, you can get the following deals now: 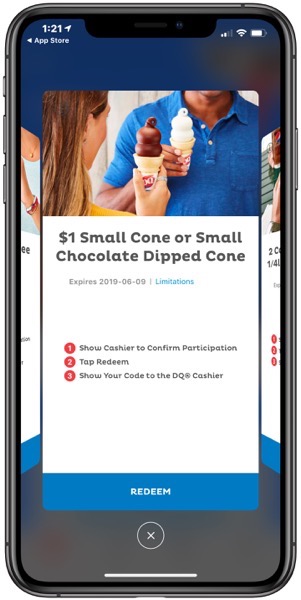 Again, if you’re a Dairy Queen fan, these are some decent deals worth jumping on to save a few bucks, but you’ll need to download the DQ app and register an account (just use a throwaway email and nickname).