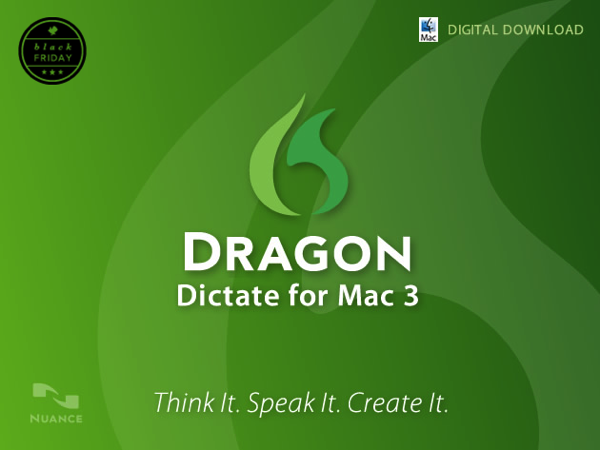 Dragon Dictate for Mac 3 is the world’s #1 voice recognition software and is created by Nuance, the company whose technology powers Apple’s Siri. Now, you can forget typing and just dictate right on your Mac. Check out the demo video below:

Click here to jump on Dragon Dictate for Mac 3 while it’s still 50% off!