Garmin Varia RTL515 Cycling Radar on Sale for $60 Off, Works with iPhone/Android 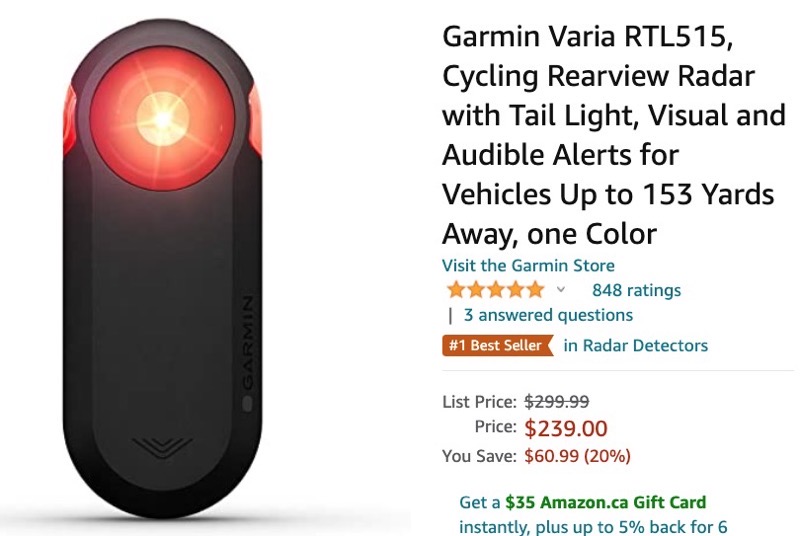 If you’re a cyclist that rides in rural areas and want to know exactly when cars are coming up behind you, Garmin’s Varia RTL515 radar is on sale for 20% off on Amazon.ca.

Along with a built-in radar, there’s a very bright tail light that flashes brighter as cars approach you, with detection as far back as 140 meters away. The Garmin Varia RTL515 connects to compatible Garmin or Wahoo cycling GPS units, plus also has a standalone app to work with your iPhone or Android smartphone.

You can read our hands-on review with the Garmin Varia RTL515 here.

Click here to buy the Garmin Varia RTL515 while it’s still on sale on Amazon.ca.

Amazon has launched an expanded sale on a variety of its devices, slashing the prices on Echo, Fire TV, Kindle, Blink products and more. These sales come after Amazon announced new products last week. Check out the full list of devices on sale below, which now includes Ring and Blink doorbells and cameras: Fire TV […]
IIC Deals
17 hours ago