If you’re looking to pick up a GoPro, Apple.ca has the HERO5 Casey/Handler Bundle for $349.95 CAD, which is $250 price cut compared to seven months ago, when we told you about the bundle which was $599 CAD. 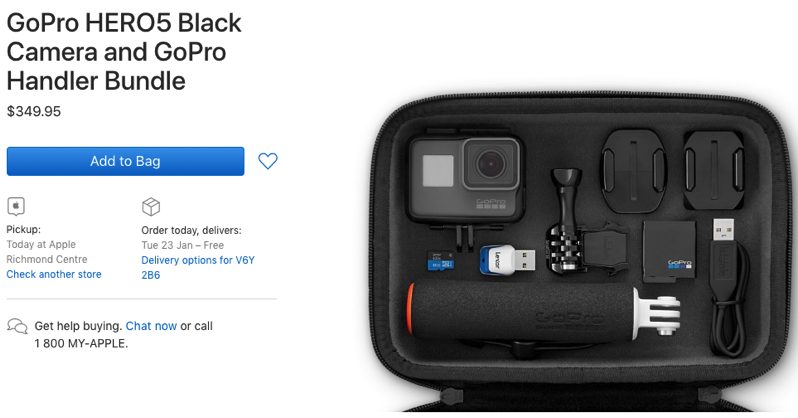 Here’s what you’ll get in this bundle—standalone MSRP prices are noted below:

At $350 CAD for this bundle, it’s not a bad deal if you’re in the market for a GoPro. Just over a week ago, GoPro warned investors to expect declining sales, and even hired JP Morgan to seek a potential sale, on top of slashing prices for its latest HERO line up (and axing its drone business).