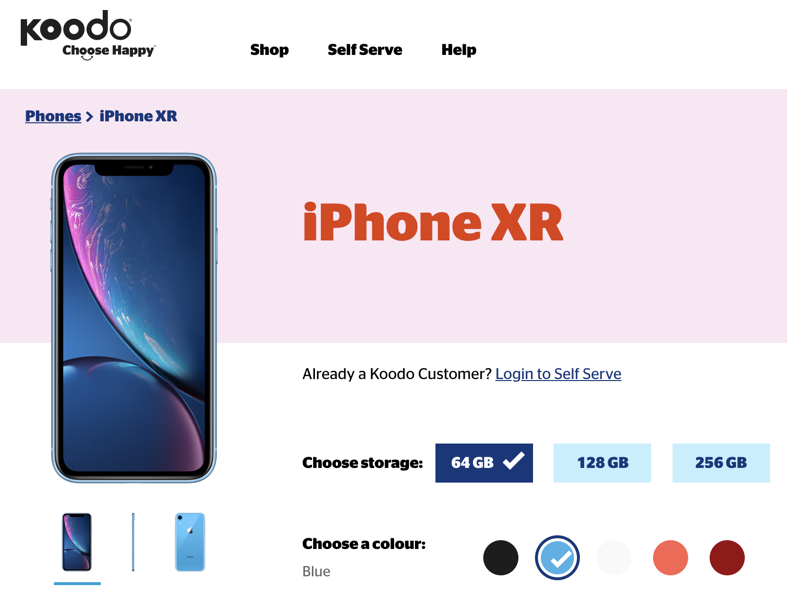 Koodo has a sale on Apple’s iPhone XR at Best Buy and other retailers, which is working out to one of the lowest prices we’ve seen for the device.

The 64GB iPhone XR is available for $100 upfront on a Large Tab, which means a $480 load repaid over 24 months. For new activations or upgrades, you’ll also get a $150 gift card at Best Buy.

So in this case, for an iPhone XR you’ll be paying:

You will also probably pay prorated data charges for a single day of use, maybe $5, so take that into consideration. Good luck deal hunting. If an iPhone XR successor comes this fall, prices may drop further during the holidays.