Amazon Kindle Unlimited Promo: 96% Off at $0.99 for 3 Months of Endless Books

Amazon Kindle Unlimited is the company’s Netflix-like service for e-books and magazines, offering access to over 1 billion books and more. 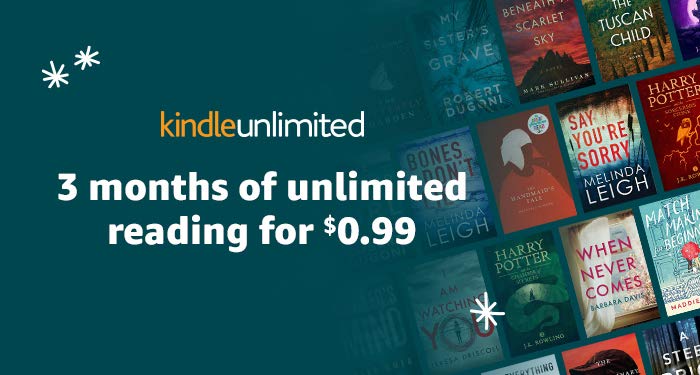 Amazon says the service has a rotating selection of popular magazines and thousands of books with Audible narration. The promo is available until December 7, 2018, 11:59PM PST.

The fine print says existing Kindle Unlimited subscribers aren’t eligible, but it sounds like you could just cancel your existing membership and sign up again.

Kindle Unlimited offers books which can be read on Amazon’s Kindle e-readers, along with iOS devices via the Kindle app and more. You can borrow and keep up to 10 books at a time.

Click here to jump on the Kindle Unlimited promo over at Amazon.ca.

Amazon has announced it’s holding another shopping event for Prime members only, set to take place on October 11-12. The news confirms previous reports a second Prime Day-like event was coming this fall. The online retailer is calling the event the Prime Early Access Sale, a two-day global shopping event that’s only for Prime members. […]
Gary Ng
4 days ago