There’s a sale right now on Koogeek’s wireless door and window sensor on Amazon.ca, which works with Apple’s HomeKit.

It’s regularly priced at $39.99 CAD, but coupon code BSJMT4AR takes 25% off, dropping the price down to $29.99 CAD, which is the lowest price on Amazon.ca to date, according to price tracker CamelCamelCamel. 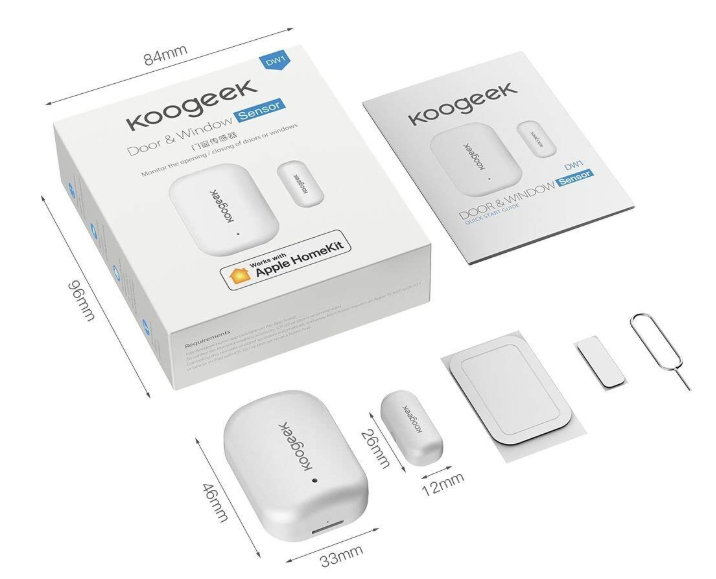 The Koogeek Door and Window sensor will allow you to keep track of whether a door or window is closed or open in your home, with push notifications. With HomeKit compatibility, you can setup automated scenes with other HomeKit products, such as having a light turn on when you open an office door, for example.

With an Apple TV or iPad as Home Hub, you can get status updates beyond Bluetooth range, when you’re out of the home.

Click here to jump on the Koogeek Door and Window Sensor while the coupon code still works.