If you’re looking for an Apple HomeKit compatible smart plug, check out Koogeek’s Wi-Fi unit, which can be nabbed for 40% off at $23.99 (save $16) after using coupon code H6WZHVHX at check out. 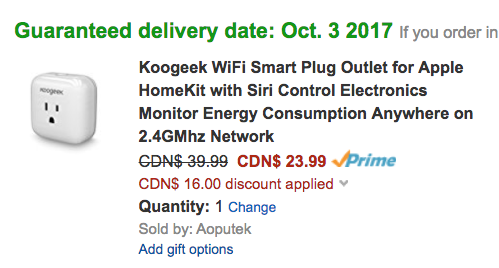 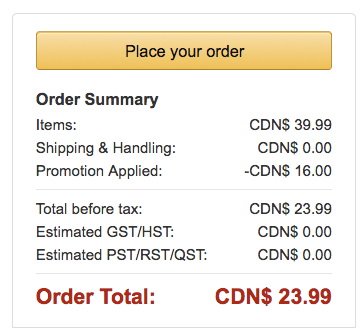 The Koogeek Wi-Fi smart plug works great as we’re currently using one, but do note that it’s only available for 2.4GHz Wi-Fi networks, and the plug itself is quite large and can cover up part of your second outlet. However, if you have a power bar, this will work fine to control a lamp, AC unit or whatever you need to control with Siri from your iPhone, iPad or Apple Watch. The plug also will monitor your energy usage as well.

At this promo price of $23.99, it’s about $4 off the lowest price ever on Amazon.ca. That’s a decent price for a HomeKit accessory.

Amazon announced a bunch of new products for 2022 earlier this week, and now it has slashed the pricing on existing Echo, Fire TV devices and more, down to all-time lows. Check out the list of everything on sale below… Fire TV Devices: Up to 50% Off Fire TV Stick with Alexa Voice Remote – […]
IIC Deals
12 hours ago