If you’re about to activate a phone with Telus, you can get a bonus $100 gift card with smartphone activations on a two-year Easy Payment Plan.

According to RFD, the promo is available for members of the retailer’s free loyalty program, LDExtras. 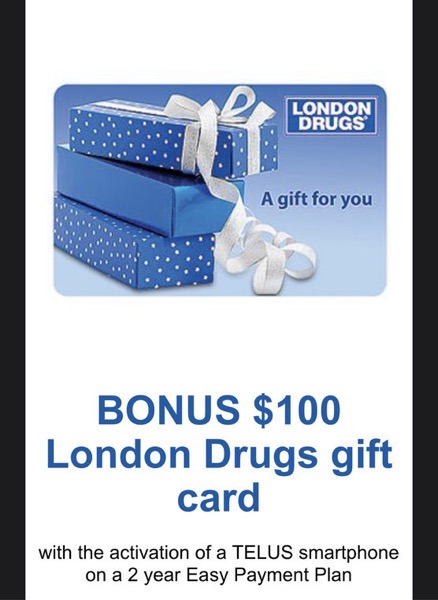 The $100 London Drugs gift card bonus goes until October 31, 2020, so if you’re buying an iPhone 12—which is expected to debut this month—from Telus on an Easy Payment Plan, this could one way to nab $100. Expect other wireless resellers to also offer bonus gift cards as well.