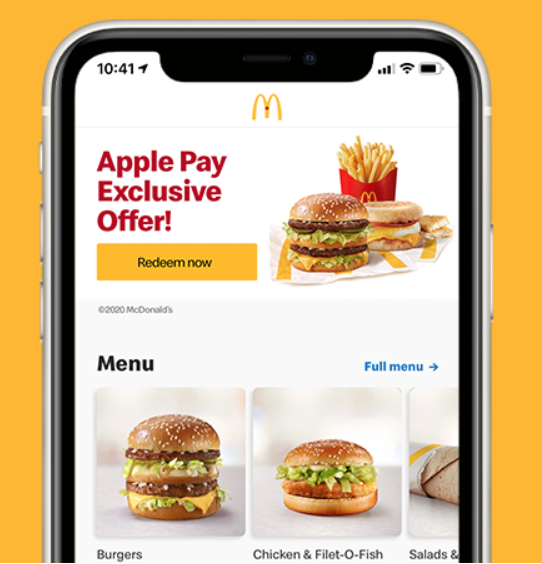 McDonald’s Canada has launched a new Apple Pay exclusive offer within its iOS app, offering savings of $2 off mobile orders of $10 or higher.

An email sent out to customers says, “Use Apple Pay to get $2 OFF your mobile order of $10 or more pre-tax.” The offer is available to redeem within the McDonald’s iOS app.

According to McDonald’s, just “order ahead, pay with Apple Pay, then pick up inside for Take-Out, at the Drive-thru, or using Curbside Service.”

The McDonald’s iOS app has frequently offered deals for those paying with Apple Pay, which is the mobile wallet from Apple that’s safe, fast and secure, supported by numerous banks for debit and credit cards.

Today, McDonald’s Canada also announced a new McDelivery partnership with DoorDash, introducing delivery to 33 new communities, including new locations in Quebec, British Columbia and Yukon. The partnership will see McDelivery reach over 1,000 McDonald’s locations by the end of November 2020, nationwide.