later to be released in May. This has brought down the price of the first generation Micro Drone. Normally retailing for $99, you can get it from our Deals Store for 50% off at $49 with $9.95 shipping to Canada and beyond. 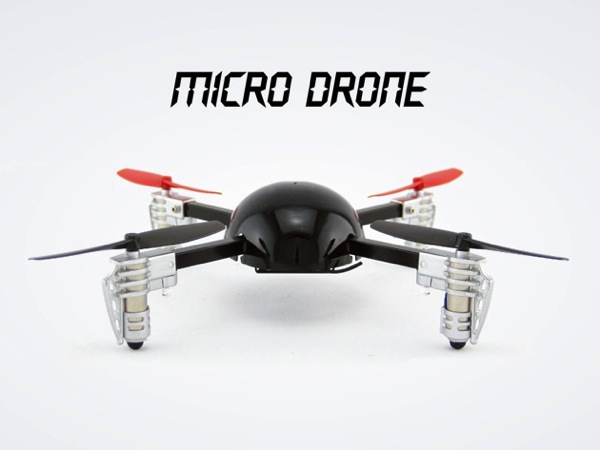 The Micro Drone has a self learning algorithm to allow users to launch it via the ‘throw and fly’ method. Its USB rechargeable battery provides 8 minutes of continuous flying time and the kit comes with tools and spare parts.

There’s also a port for an upcoming camera accessory, so the device is ready for the future.

Here is a video demo of the Micro Drone:

Regular-sized quadcopters such as the AR.Drone 2.0 retail for well over $300, the cost of six of these Micro Drone units!

If you are looking for Christmas gift ideas this might be the ‘hit gift’ this year as these mini quadcopters are selling for half price with $9.95 shipping, an exclusive deal that won’t be around for long.

Click here to jump on the Micro Drone quadcopter while it’s still available.

Update: Originally this offer was erroneously advertised as the 2.0 version, but it’s the first generation that is on sale here. Also shipping is not free but rather $9.95 to Canada.

If you’re looking for a decent deal on a cellular Apple Watch Series 6, check out this clearance offer right now that has slashed the wearable by 55% off. Sport Chek has the Apple Watch Series 6 GPS+LTE 40mm available for $295.97, which is $364 off its MSRP of $659. Only Gold Aluminum with Pink […]
IIC Deals
16 hours ago