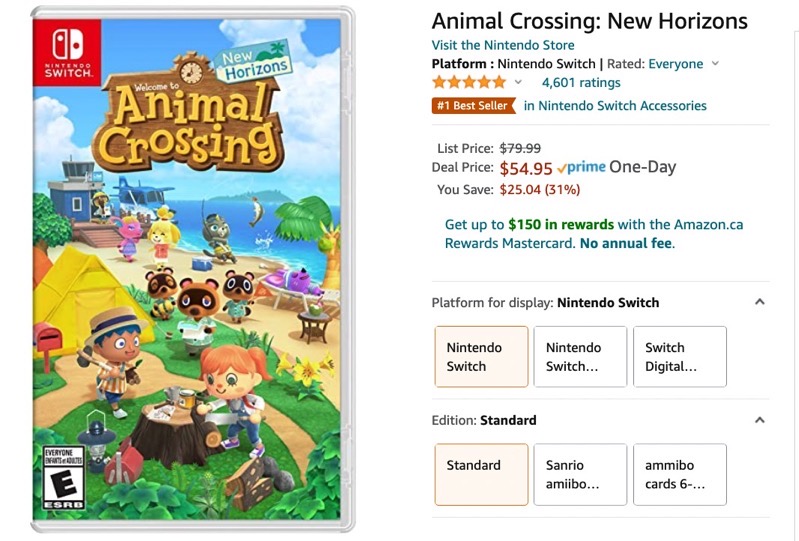 If you’re looking for some games for your Nintendo Switch, the console maker has slashed the prices of its Animal Crossing: New Horizons and Super Mario Party – Standard Edition by 31% off at numerous retailers, including Amazon.

Both titles are on sale for $54.95, saving you $25 off or 31%. Sales on games made by Nintendo only occur rarely throughout the year and at $25 off, this is a decent deal to pick up some games to play ahead of spring and summer.

Animal Crossing: New Horizons first debuted in 2020, while Super Mario Party is from 2018.

Check out the links below from Amazon:

If you missed out on Sonos Black Friday and Cyber Monday deals, there’s still time to save on soundbars and speakers from the company. Sonos has restocked refurbished Arc SL and Beam soundbars, along with its One SL speaker, offering a 25% discount on its Offers page. Check out the following prices below for these […]
IIC Deals
11 hours ago