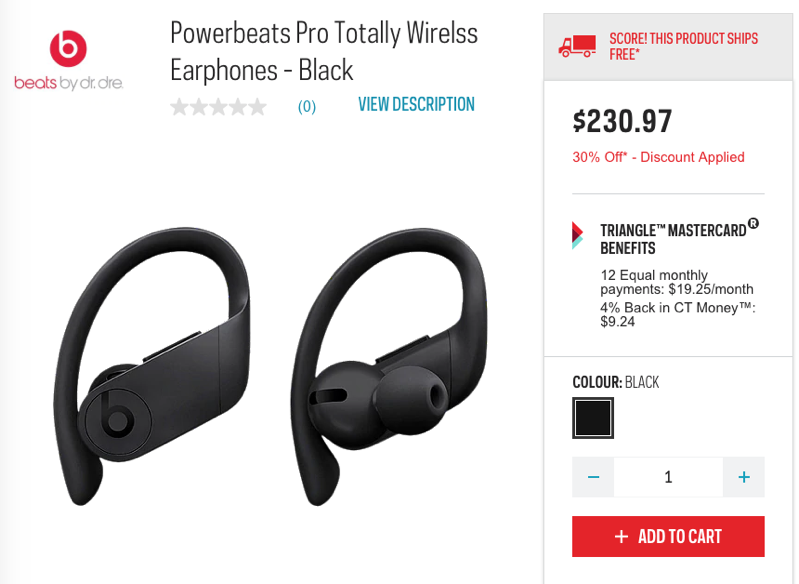 Chapters Indigo had Apple’s Powerbeats Pro wireless earphones on sale for 30% off recently, but stock was limited online and in stores.

If you missed out on that sale, Sport Chek has them for 30% off right now at $230.97 in black. By using discounted Sport Chek gift cards purchased from Canadian Tire, this would make for an even better deal.

Also, don’t forget to use the 10% off email newsletter sign up and also Rakuten for 3% cash back.

Powerbeats Pro wireless headphones launched earlier this year and include the same H1 chip found in second-generation AirPods. They work well for running and sound isolation is really good. Aside from a larger than normal and somewhat bulky charging case, these earphones sound pretty good and won’t fall off your ears.

If you can’t find these at Sport Chek, trying price matching at your local Best Buy. Let us know if you nab a pair!