Chapters Indigo has a 20% off sale right now on all Beats by Dre headphones both in store and online, which includes the latest Powerbeats Pro. 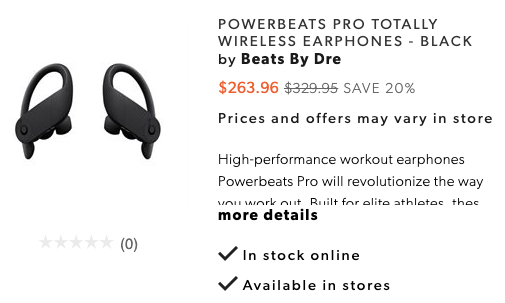 We’ve seen some recent sales on Powerbeats Pro for up to 25% off, but if you missed out, here’s another chance. After the discount, they come in at $263.96, saving you $65.99 off the regular price.

A variety of other Beats headphones are on sale including Beats Studio 3, Solo 3, BeatsX, Powerbeats3, Urbeats3 and Beats EP.

The sale on these Beats by Dre headphones most likely are targeting the back to school season. Let us know if you’re going to pick anything up.