Just over a week ago, Amazon announced a handful of new Echo devices in Canada, with one of them being the second generation Echo Show, which now comes with a 10-inch HD display, built-in home hub and of course, powered by Alexa. 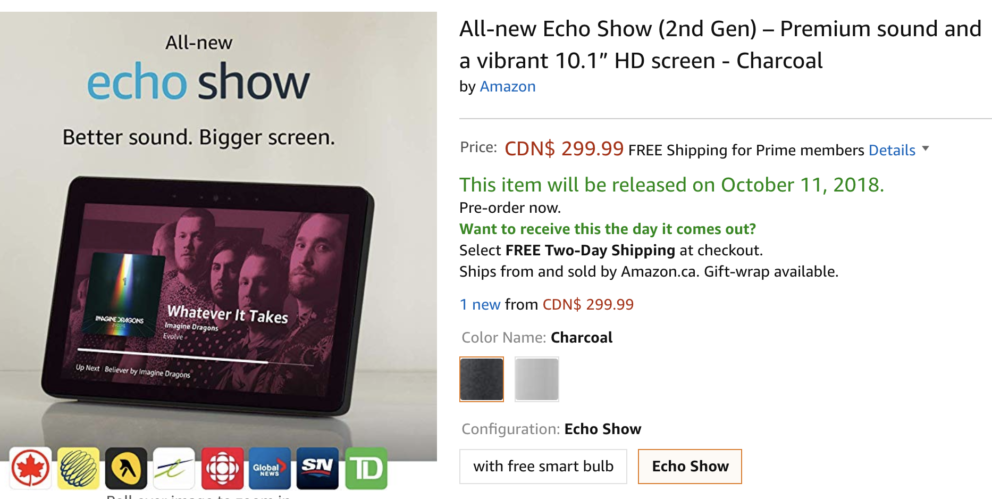 Pre-orders have been available for the this latest Echo Show for a while now, which launches on October 11, 2018. But in what appears to be an unlisted deal, if you checkout with two Echo Show units, you can save $125 off, making the final price $236.50 each. The savings only show up during checkout, as the product listing does not indicate any bundle discounts (unlike other new Echo products): 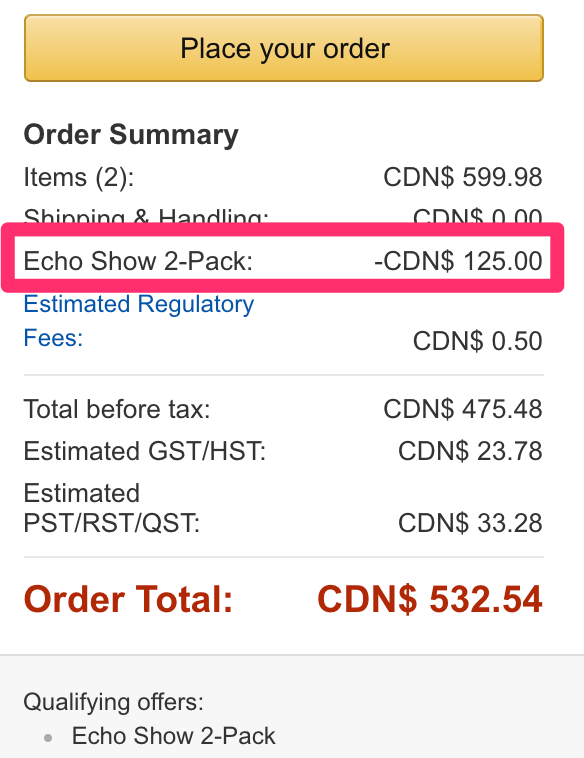 The Echo Show will let you make video and voice calls, check on smart home cameras, plus watch video on its 720P HD 10.1-inch display.

The Echo Show appears to be a much more powerful alternative compared to the smaller Echo Dot, which we’ve been testing for a little while now. While the small Echo Dot display is nice in the office or bedroom for quick glances of information, the tiny 2.5-inch screen is far too small to consume video on.

If you’re looking to jump into an Echo Show, this may be the time to split a pre-order with a friend or family member to take advantage of this huge pre-order discount.

Click here to pre-order the Echo Show on Amazon.ca while savings are still available.