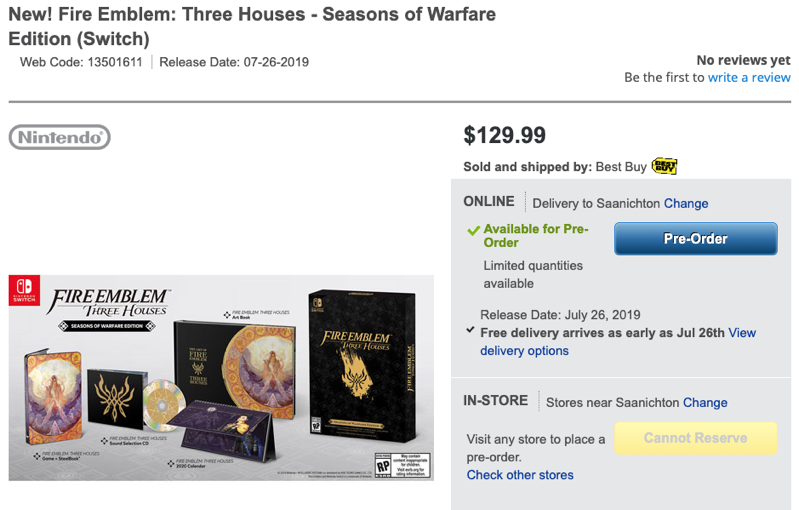 Nintendo’s pre-order for Fire Emblem: Three Houses – Seasons of Warfare Edition for its Switch console has been popping up from a variety of retailers, ahead of its summer release date. It’s one of the most anticipated games for Nintendo fans.

Below are links to pre-order Fire Emblem: Three Houses – Seasons of Warfare Edition for $129.99, with the latest to join being Best Buy Canada, added this weekend:

Fire Emblem: Three Houses – Seasons of Warfare Edition is set to launch on July 26, 2019. This special edition includes the game itself, plus sound collection CD, art book, steelbook, and 2020 calendar.

Here are the latest Canadian cellphone plan and device deals, plus other promos from wireless carriers such as Rogers, Telus and Bell, from our partner PlanHub. As always, the promos may change at the last minute, but here they are as of Wednesday, September 21, 2022. Check them out below… Bell Noticeable price changes: Pre-order iPhone […]
IIC Deals
6 hours ago

If you’re looking for a tablet for the kiddos, Amazon has slashed the price on its Fire HD 8 Kids tablet, down to $124.99, saving you $55 or 31% off, matching an all-time low on the site. The Fire HD 8 Kids tablet runs a version of Android and has an 8-inch HD display, plus […]
IIC Deals
3 days ago 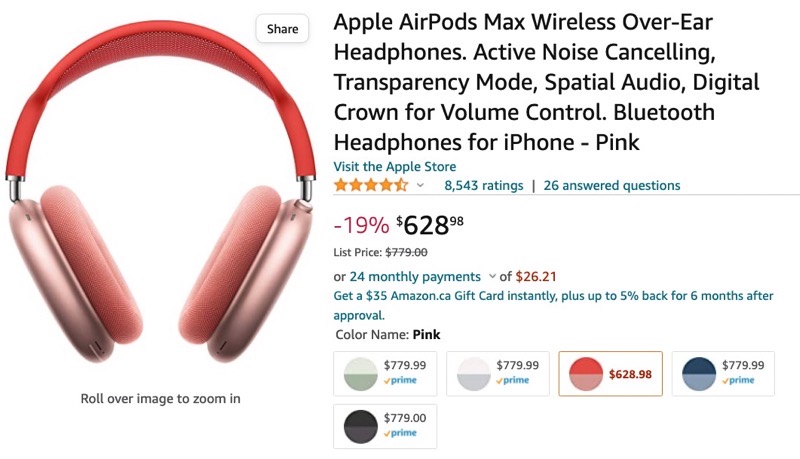 Another sale on Apple’s AirPods Max wireless headphones has arrived. Amazon Canada has slashed AirPods Max in the colour Pink down to $628.98, saving you $150 off, or 19% off the regular price of $779 from Apple.ca. This isn’t the lowest price we’ve seen for AirPods Max, but it’s close. Previously we’ve seen the headphones […]
IIC Deals
3 days ago