If you collect RBC Rewards, the loyalty program currently has a sale on Apple’s 9.7-inch iPad, which has a starting retail price of $429. 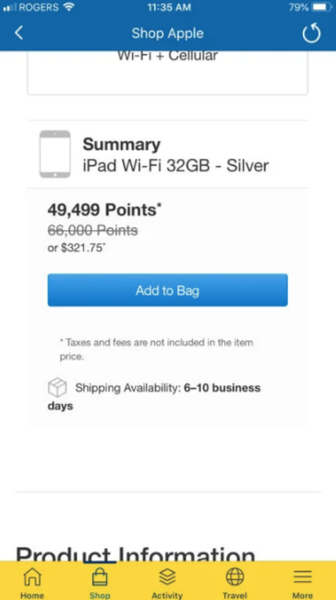 Apple is rumoured to refresh its iPad line up soon according to code found within iOS 12.2 beta, including an expected update for the iPad mini 4. The company is said to hold a March event where it will debut a news and video subscription service.