Apple has restocked their online refurbished store with fifth generation iPad models, priced at $319 CAD. These are 32GB Wi-Fi models available in Silver and Gold: 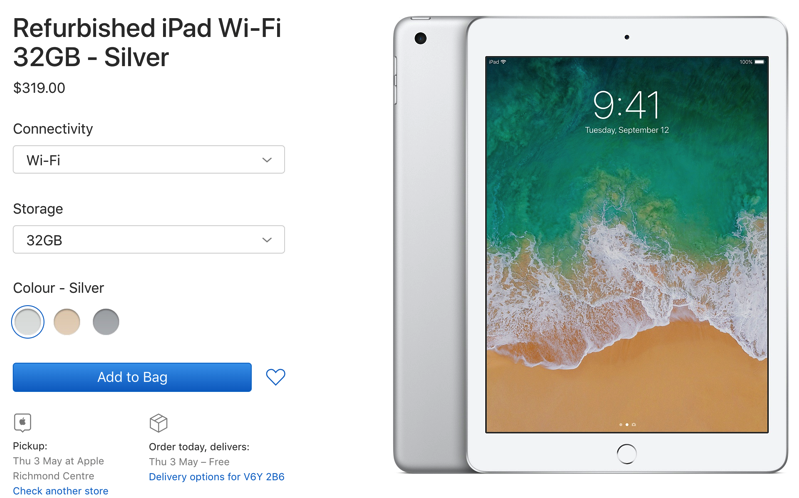 These refurbished iPad models originally were priced at $379 when they launched last fall, but recently saw a price drop when the newer sixth generation iPad was released a month ago.

This 9.7-inch iPad was released in March 2017 and is powered by the A9 chip. Refurbished iPads come with a new battery and external shell, along with the standard one year warranty.

The newest sixth generation iPad starts at $429 CAD and is powered by the A10 Fusion chip and includes support for Apple Pencil. If you don’t need Apple Pencil support and just want the cheapest iPad possible, this fifth generation refurb may fit the bill.

These refurbished models sell out quickly, so don’t hesitate if you’ve been waiting.