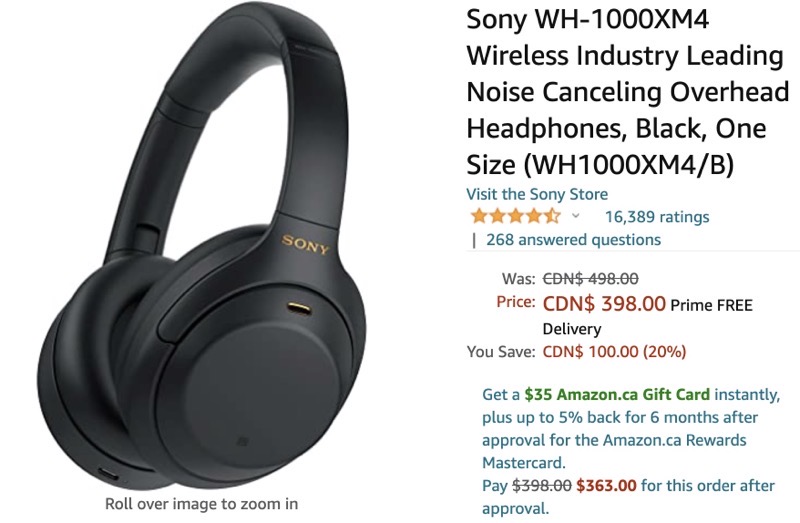 We tested the WH-1000XM4 headphones versus AirPods Max and found them to be decent, but we still favoured Apple’s wireless headphones. The Sony XM4s have a lot of bass, overpowering and unbalanced at default EQ settings.

But you do get a carrying case and other extras, and these are a heavy favourite by many on the web. They are also way cheaper than AirPods Max, too.

That being said, if you’ve been waiting for a discount on the Sony WH-1000XM4 wireless headphones, click here to buy them from Amazon.ca while they are still available.