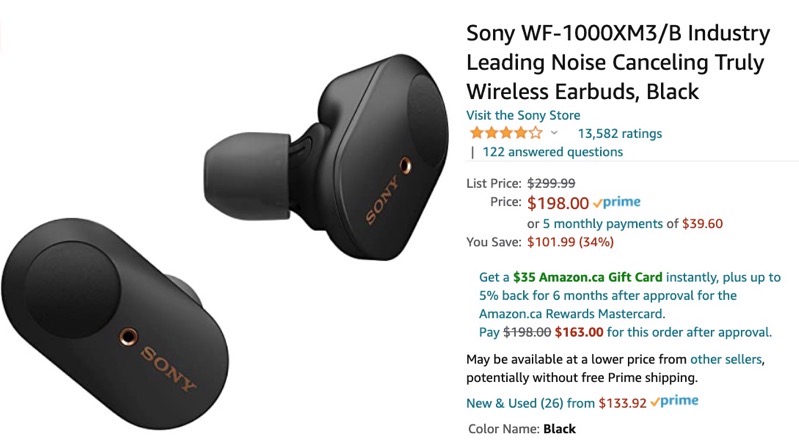 Sony released new WF-1000XM4 noise-cancelling wireless earbuds this year, and now its predecessor, the WF-1000XM3 has just been slashed to its lowest price ever on Amazon Canada. Now if only Sony would revamp the terrible names of these headphones.

The XM3 wireless earbuds have noise cancellation and also offer up to 24 hours of battery life with its carrying case.

Click here to buy the Sony XM3s while they are still on sale on Amazon.ca.

Here are the latest Canadian cellphone plan and device deals, plus other promos from wireless carriers such as Rogers, Telus and Bell, from our partner PlanHub. As always, the promos may change at the last minute, but here they are as of Wednesday, October 5, 2022. Check them out below… Bell Noticeable price changes: Get a […]
IIC Deals
23 mins ago