Google to Bring Emoji Reactions to Docs Later This Month Google has announced its plans to bring emoji reactions to Docs on the web later this month.

Soon, users can react to portions of a Google Doc with an emoji reaction. As we all know an emoji speaks a thousand words and Google seemingly realizes this. Thus, in a post on the Google Workspace site, the company revealed an assortment of emojis that will be available.

Once launched on April 20, users will be able to parse through the collection of emojis and react to portions of a Doc. Emojis range from smiley faces to thumbs up and even praising hands in the air. 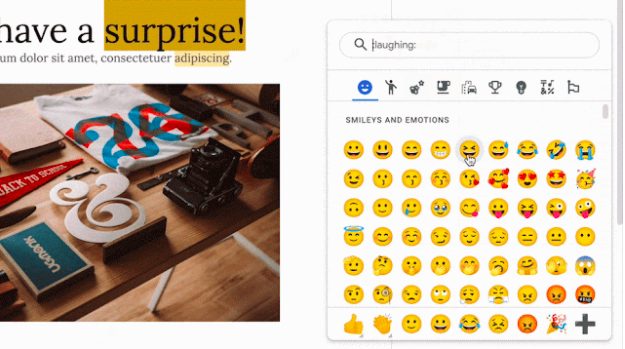 To use the emojis, Google demoed a user highlighting text and the option to add a reaction next to ‘Add Comment’ and ‘Suggest Edits.’ Google has also seemingly added a search function so users won’t have to scroll and find their desired emoji.

At launch, emoji reactions will be available to “Google Workspace Essentials, Business Starter, Business Standard, Business Plus, Enterprise Standard and Enterprise Plus” subscribers. However, basic tiers such as Enterprise Essentials and G Suite Basic will not have access to the new feature.

Google Docs now joins a growing list of apps and platforms that utilize emojis in various ways. The social aspects of using emojis are an interesting addition. Though, very few can argue the effectiveness of a thumbs-up versus typing “Looks good” after each pass.