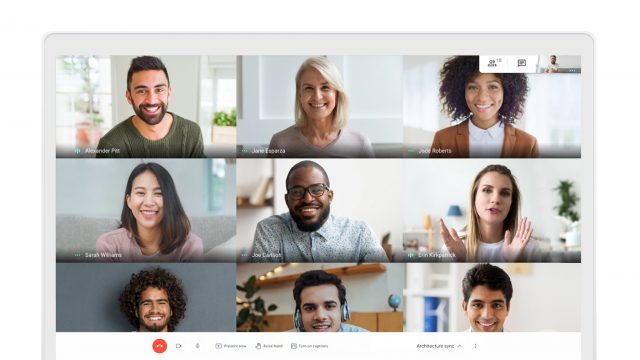 Google has announced that it will be extending its window in providing free “unlimited” Google Meet calls until June.

Non-paying users of the Google Meet service can continue to take advantage of having access to “unlimited” calls until the early summer month of June. Prior to Google’s announcement on Twitter, the window of availability was set to conclude at the end of March. Google Meet’s “unlimited” feature refers to enabling users to host calls that last up to 24 hours in length.

We’re continuing unlimited #GoogleMeet calls (up to 24 hours) in the free version through June 2021 for Gmail accounts → https://t.co/fqBTmoNPBW pic.twitter.com/Ax0fmbRvqr

Previously, Google Meet calls hosted by free users were to be limited to 60 minutes. During the advent of the COVID-19 pandemic, Google identified the need to open up Google Meet to all users. The company intended to introduce the one-hour limit in September 2020 but delayed its introduction as there was still an overwhelming number of users still working from home. The limit was then set to be introduced by the end of March.

Google did not come forth with a reason behind its decision. However, given that work-from-home orders are still in effect in many countries, it’s safe to say that the company sees benefits in offering the service for free. Additionally, competitive services such as Zoom offer similar functions such as large 100-person video conferencing and organizational tools. Perhaps Google made the decision on the extension in order to maintain a competitive spirit as many people are continuing to work remotely.