When my iPhone was running 1.1.1 firmware, I was able to freely use ScreenShot, a handy 3rd party app that took screenshots of my iPhone.

I used this program to post reviews of the latest games and programs for your iPhone. Readers also go involved in my iPhone Homescreen Screenshot post. Unfortunately, at the time users on 1.1.2 firmware could not participate because ScreenShot was not compatible. *tear*

Well folks, that has all changed with the latest screenshot utility, conveniently named, Capture (from Digital Agua)! It works pretty much the exact same as Screenshot, but I happen to like the interface better. For starters, the “Snap” button is larger, plus there’s a button to exit. Also, you can move the “Snap” button around your homescreen by dragging it with your finger. Pictures are automatically saved to your camera roll!

Capture has been available on Installer for a little while now. It’s under the Utilities category. Install it today! Here is a screenshot taken by Capture of the opening screen: 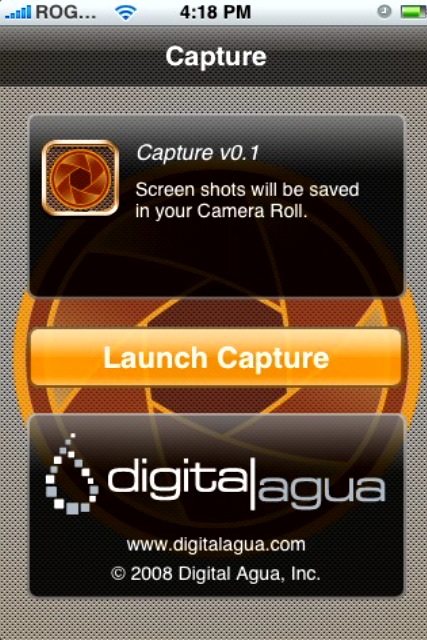 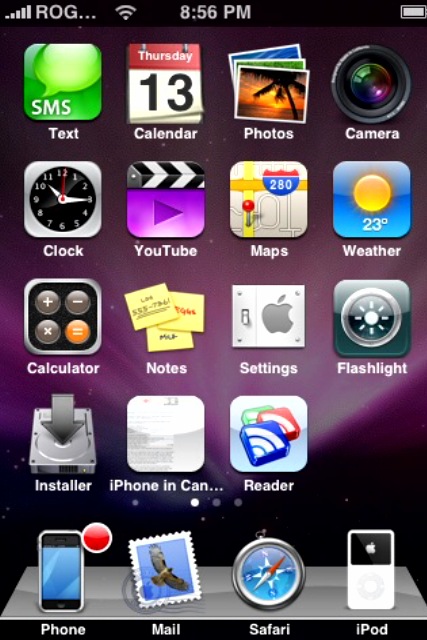 I have been accumulating some more homescreen screenshots sent in by readers. Here they are, in no particular order! Some of you guys and girls have some very unique homescreens (Thanks Colin, Jordan, Dusty, Amanda, Michael B., and Padmesh!):

Keep those homescreen screenshots coming in everyone! Email them to iphone.in.canada AT gmail DOT com!