How To: Fix iOS Beta Over-the-Air Updates Not Showing Up

If you’re a new iOS developer and you’re not seeing the latest over-the-air updates showing up after going to Settings > General > Software Update on your device, there’s a quick fix for this.

Apple recently required developers to install a Configuration Profile to get over-the-air updates for their iPhone, iPad or iPod touch. If you have forgotten to do this simple step, then you won’t see these updates pop up in Software Update in Settings. This can drive someone crazy, especially when Twitter explodes that a new beta has arrived with new features and you don’t see it (#FOMO).

The easiest way to install the Configuration Profile is to visit the Developer portal from your iOS device and agree to install it (just look for the image below). Once this is done, you will then see over-the-air updates in Software Update via Settings. 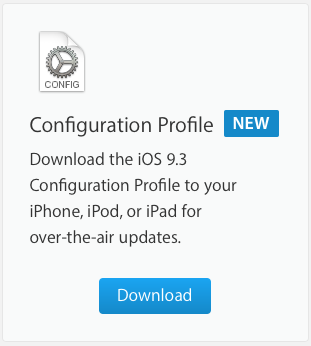 For first-time developers installing betas onto their iOS devices, it can be easy to forget to install the Configuration Profile if you’re in a hurry.