Sometimes, the simplest fixes will solve the grandest problems. Like, when your iPhone mic isn’t working through your Apple headphones–check your headphone jack and dig out some lint from the inside.

The iPhone 5 design comes with a new mic on the back between the camera and flash. This mic is used to record sound during videos. Some people have mysteriously encountered no sound being recorded during videos.

One possible fix for this? Check your back screen protector or skin first before you restore or visit an Apple Store. Why?

Some screen protector companies have failed to make room for the rear mic, thus resulting in people recording videos and not hearing sound during playback since it’s fully blocked. 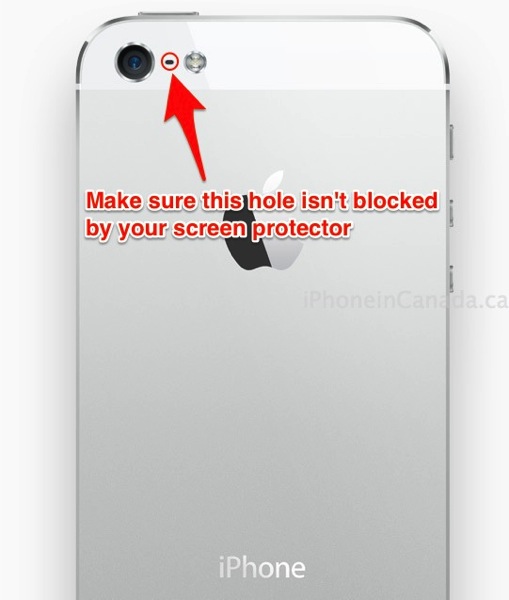 To fix this just cut out part of your screen protector to make room for the mic on the back and your sound recording problems should be thrown out the window.

Let us know if this quick tip works for you!