Is Finder on your Mac ever slow as molasses with the dreaded spinning ‘beachball’ of death? It always seemed to be the case on my 2012 MacBook Air lately, running OS X Yosemite 10.10.3.

The issue was every time I wanted to save a file from the web to the Downloads folder (my default save folder), I’d get that dreaded beachball and want to choke-slam my Mac as I’d have to wait a good 5-6 seconds for it to go away. Even after using Disk Utility to verify and repair disk permissions did not fix the issue. 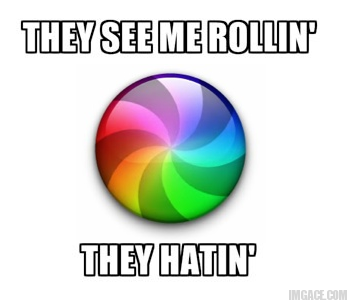 But today I finally fixed the issue, which may or may not work for you, but it did for me, so that’s why I’m sharing it. All I had to do was empty the entire Downloads folder to the Trash. I had over 1,500 items within that folder and clearing it has solved my problem.

If you’re experiencing any slowness with Finder and the dreaded beachball, try emptying the specific folder you’re dealing with, as it could make the colourful spinning beachball a thing of the past.