How to Change the Default SSH Password on Your iPhone

There’s been a lot of hoopla lately about the latest “iPhone worm” that apparently will Rickroll your iPhone. The worm makes its way to your iPhone through SSH, since the default password is “alpine” for every single install of OpenSSH. Now, before you get freaked out, you don’t have much to worry about if your iPhone is NOT jailbroken. This exploit only applies to people who…

1. Have a jailbroken iPhone
2. Have OpenSSH installed and active
3. Have the default password “alpine” still

If the above does not apply to you, breathe a sigh of relief. Actually, even if the above does apply, I would put money down that you have a higher risk of getting hit by a car than getting this Rickroll worm!

How to Change the Default SSH Password on Your iPhone

To secure your iPhone from this worm is very simple. All you have to do is CHANGE the default SSH password! 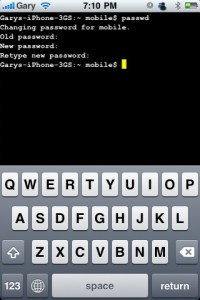 Turn off SSH when you’re not using it. The fastest way is by installing SBSettings (if you haven’t already), then Toggle SSH. Still scared of something bad that’s going to happen? Do not jailbreak your iPhone. This ain’t rocket science! 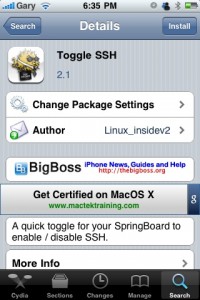 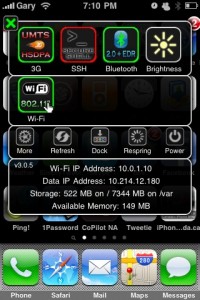 So there you have it. This post was inspired by SaintJohnShawn via twitter! Hope this little tutorial helps you out! Relax, you’re safe now. No more crying yourself to sleep at night!